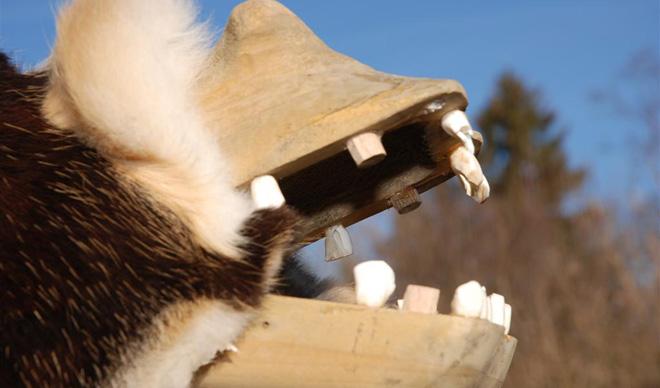 The town of Wald has its unique custom at the end of the year called 'Silvesterchläuse' (people in masks) who are supposed to attract good luck while the so-called 'Schnappesel' (a person in the disguise of a donkey) drive away the evil spirits of the past year.

Early on New Year's Eve morning, at around 6:30 a.m., the Silvesterchlaus and the donkey begin to carry their good wishes for the new year into all the houses in the outer districts of Wald.

From 1 p.m. they are in the village where they go from door to door - as has been the custom for decades - wishing everyone a happy New Year.

In the evening, at 6:30 p.m., they gather at the railway station for their parade and final dance. This spectacle in the middle of the unlit village attracts hundreds of spectators from near and far every year and has become a traditional way to start celebrating New Year's Eve.

On New Year's Day, Silvesterchlaus and the Schnappesel start visiting old people's and nursing homes of the area and the high-altitude clinic of Wald to present their New Year's wishes.

All events at a glance

Please check out upcoming activities in the calendar of events.